Satpura is a Sanskrit word, that means seven mountains (sapta=seven;pura=mountain).

Most of the Satpura range was heavily forested, but the area has been subject to gradual deforestation in recent decades, although significant stands of forests remain. These forest enclaves provide habitat to several at risk and endangered species, including the Tiger.

Satpura National Park is one the areas of this landscape preserved marvelously for protection of flora and fauna.

Satpura National Park is spread over 1427 sq km and was formed in 1981 after joining Satpura, Pachmari and Bori sanctuaries and the altitude ranges from 300 to 1,352 metres (980 to 4,436 ft). The terrain of the national park is extremely rugged and consists of fascinating deep valleys, sandstone peaks, narrow gorges, rivulets, waterfalls, thick dense green forest of Sal and other medicinal herbs, it also has large tracts of Teak forests.

Indian Giant squirrel and White Bison are a special feature of Satpura National Park. It offers good birding opportunity due to its unique terrain and many water bodies including the Tawa reservoir. From November to March it also hosts a variety of migratory birds in the Tawa reservoir and fields around the park. 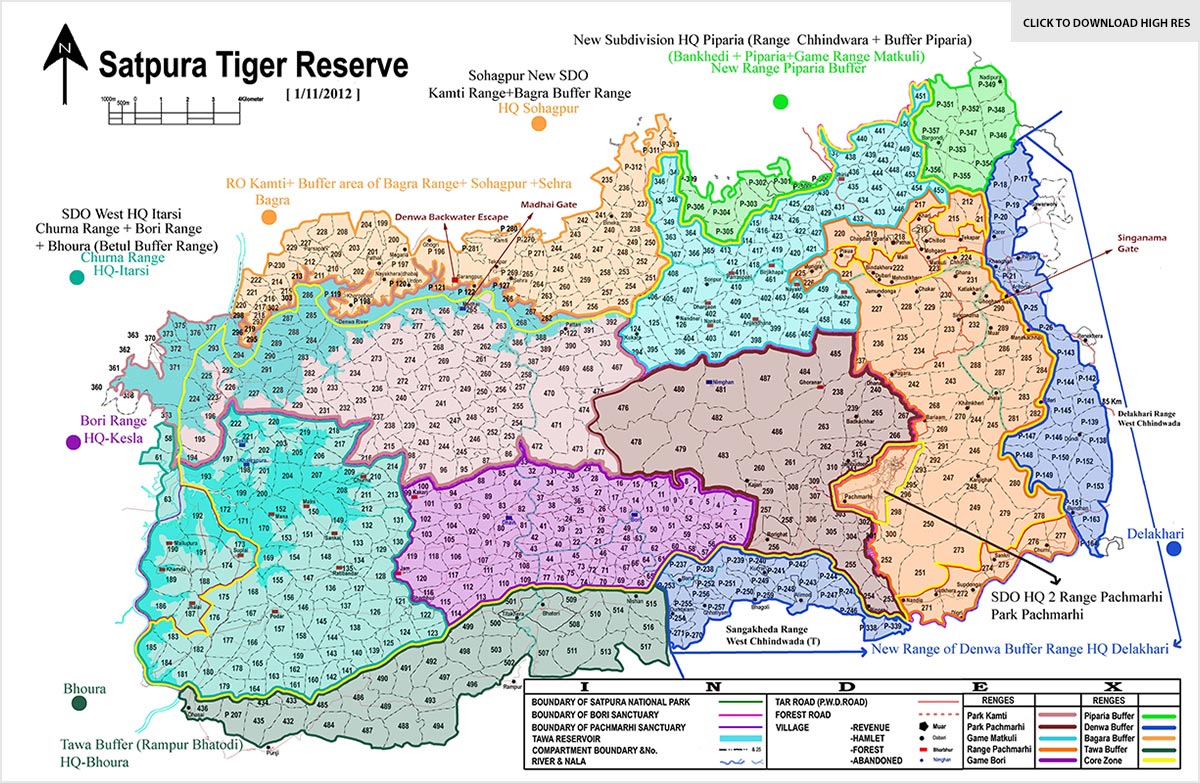